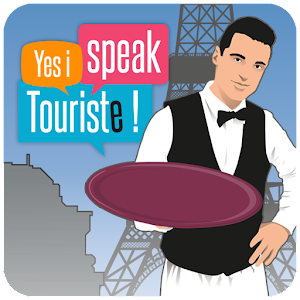 Paris has relatively high cultural density. Even modest cafes, bistros and restaurants are meant to be run correctly, I argued the other day.

Crowded, pedestrian-friendly streets and stair-filled buildings help keep people slim. I can add that significant social solidarity – more dining together – protects not only against sugar-snacking, but also against competitive individualism, which provokes mental harm and binge eating.

Such observations provide a contrast with Australia, which might have let more sunlight in when it was the land of the “fair go”,  when lucky country inhabitants would say, “she’ll be right, mate”, when the cuisine was “one continuous picnic”, and when waiters were notoriously slack. But a loose Australia was left comparatively exposed to a hazardous new regime.

Paris is the capital of a relatively tight French republic that demonstrates that any future Australian republic cannot merely banish the monarch, but has to put real power into the hands of the people through a strong state. Here in France, for both good and ill, people gather relatively keenly behind the tricolour, and take seriously “Liberté, égalité, fraternité” (“liberty, equality, conviviality”).

Australians have an embarrassing flag, carrying four Christian crosses that signify colonialism, theocracy and beer-swilling. It’s symbolic of a less committed polity, which has its attractions, but which leaves Australia a wide-open marketing opportunity. In recent decades, we have had insufficient cultural bulk to resist the neoliberal agenda of let-profit-rule. Certainly, French food is being corporatised, too, but less thoroughly than in Australia, where business pressures intensify relatively uncontested just about everywhere – through the internet, on the sport-grounds, in privatised émigré gulags, and across the arts, where the common good is being replaced by the sponsor’s. If audiences don’t flock, then the “market” has spoken.

That is more or less the complaint in an article, “Culture crisis: The arts funding cuts are just a symptom of a broader malaise in Australia”, in the latest Monthly.

Writer and critic Alison Croggon is worried principally by attacks on a more elevated culture – “the yarts” – but she makes a similar comparison.

Right from the start, Prime Minister Turnbull announced a ruthlessly neoliberal agenda, promising “a thoroughly Liberal Government committed to freedom, the individual and the market.” That’s liberty for business, and hostility to égalité and fraternité. He wants a nation “that is agile, that is innovative, that is creative”, which the context makes clear means financially creative, even financially disruptive, as he later added.

While Turnbull’s government might flounder with set-pieces, his Ministers have gone to town using administrative methods to prosecute the culture war against Australia Council recipients and the like.

The forces of convention have slammed down again. Just as the arts funding debacle is seeing a new conservatism rise on our main stages, so too our critical culture has returned to its default chitchat.

She then reveals: “I’m writing this at La Chartreuse, a former monastery in the south of France… In the 17th century, this room belonged to monks. Now that La Chartreuse is the headquarters of Le centre national des écritures du spectacle (National Centre for Theatre Writers), or CNES, it’s occupied by artists.”

She couldn’t imagine a similar institution in Australia – “a centre with comparable resources, devoted solely to the development of writing for theatre … The imagination stops dead. It is simply an impossible thought.”

I have figures to demonstrate France’s more financially assertive collectivity. According to a survey for 2014, general government spending as a proportion of GDP in France was 57.3%, which ranked second highest of 29 OECD countries. Australian expenditure of 36.2% was second lowest. We were even worse than the U.S., also in the bottom bunch, on 38.0%. A huge chunk of the Australian budget goes, through outsourcing, not to socially or culturally useful spending but to corporations.

More specific figures for public funding on the arts are harder to locate, so I gave up after clicking on a Canadian report from 2005, quoting older British data. For what they’re worth, France then spent £37.8 per head on the arts (or 0.26% of GDP), while Australia spent £16.4 per head (or 0.14% of GDP).

Croggon bemoans the collapse of critical, let alone angry, arts in Australia and, along with those, the decline in arts criticism in newspapers and apparently now even in blogs. If that’s the case, we need to protect and enhance serious criticism around the dinner-table. We also need conversations about a republic that puts the people more in charge of their fate through a sizeable, non-capitalist state.

My estimate is approximately 1.5 billion kitchens. That is simply by assuming a world population of 7.4 billion, and dividing by 5.

Looking up statistics leaves me frustrated by endless notes and qualifications, and odd categories in strange spreadsheets.

To think that the slogan for World Statistics Day recently was “Better data. Better lives”.

But from some dedicated searching, mine might be the first-ever published estimate of world kitchen numbers.

People do speak on the internet about 1.4 billion households worldwide – so 1.5b kitchens is probably in the general vicinity.